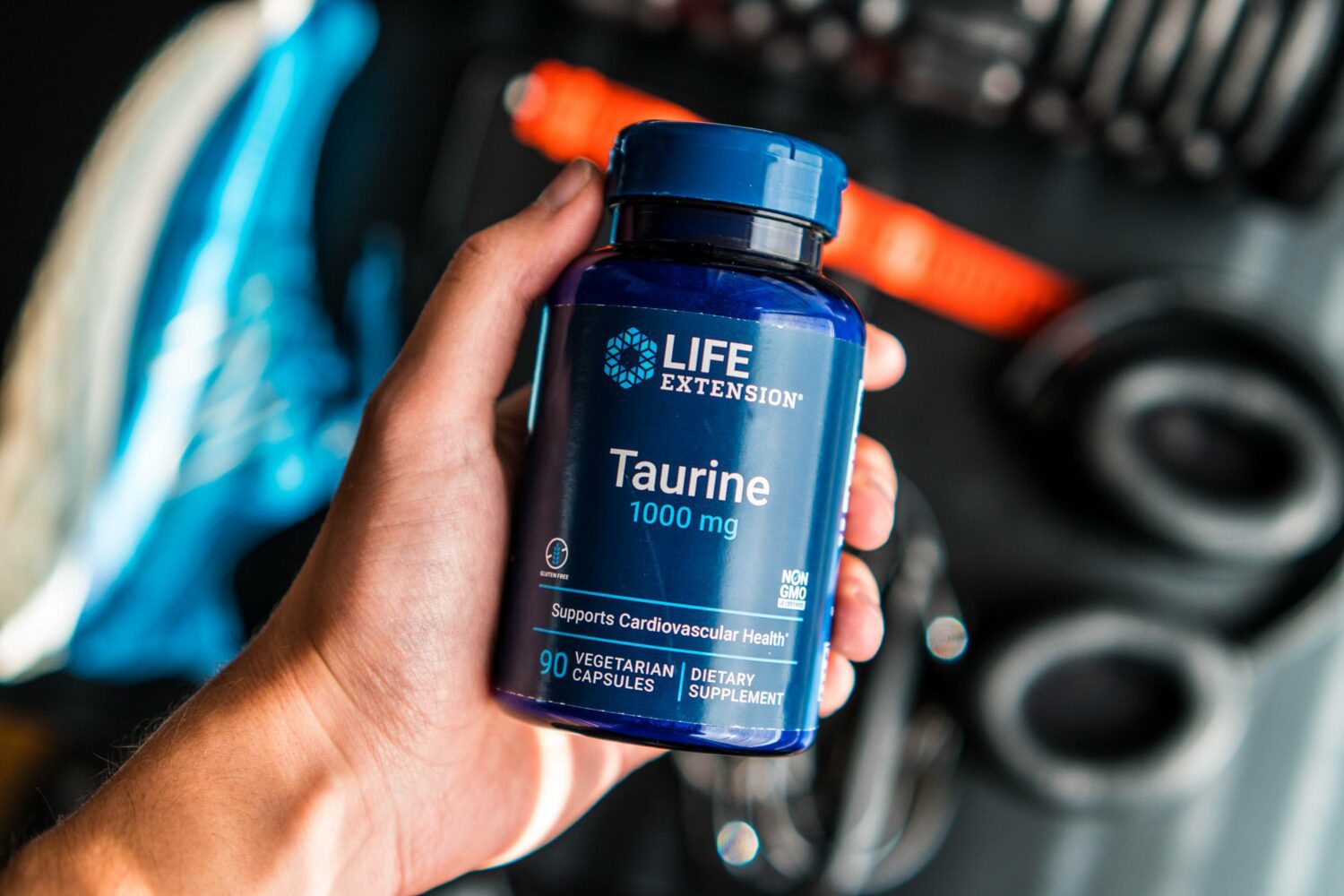 One of the most popular ingredients added to energy drinks is Taurine and today we’ll uncover why. Taurine is not an acute energy booster such as caffeine, but works on a rather fundamental level to increase energy.

If you’re curious what is taurine, what are some common taurine benefits and functions, sit back and relax. From its mitochondria-enhancing effects to cognition and heart health, we’ll cover it all.

Taurine is a non-proteinogenic amino acid heavily present in animal foods. I almost lost you there, didn’t I? It means it’s not concerned with anabolism and muscle growth, as it isn’t involved in protein synthesis. Instead of building proteins, taurine works to support cellular energy, metabolism, cardiovascular function, and cognition.

First found by a German scientist by the name of Leopold Gmelin in 1872, It draws its name from the ancient Greek word Taurus which means bull. Red Bull – sounds familiar? (1)

There’s a myth that taurine is extracted from a bull’s semen, which is utterly incorrect. It’s actually present in many animal-based foods and can be synthesized from methionine and cysteine in the body.

Taurine is present up to 50% in the free amino acid pool, meaning we have a lot of it. It’s found in excitatory tissue like the brain, muscles, and heart. It’s logical, as TAU is quite essential for neural, skeletal, and muscular development.

Taurine is essential in children, as it helps them grow and develop. As stated above, it plays important role in developing the nervous system, plus it supports cardiovascular function.

Taurine is mainly found in animal-based foods. Think chicken, red meat, poultry, eggs, and seafood. Vegans may be deficient in taurine unless it’s ingested from sources like energy drinks or taurine supplements.

Taurine deficiency can occur in infants, which is why mother’s milk is so important for development. In adults, deficiencies rarely occur as we can make it on our own. (2)

How Does Taurine Work?

The underlying mechanisms behind many of Taurine’s benefits have to do its ability to:

Taurine is known as a potent antioxidant as well. While this is true to some extent, as some studies show potent improvement in antioxidant capacity – taurine isn’t known to be an effective free radical scavenger.

By regulating antioxidant enzymes, reducing lipid peroxidation, and reducing how many ROS are generated by the mitochondria, it is hypothesized to work as an antioxidant. It also regulates membrane excitability, ion transfer (channels), and cell volume. (3) (4)

Taurine plays multiple roles in the body, the main ones being: (1) (5)

All of these are very important for regulating cardiovascular function, neural development, and the proper functioning of our nervous system. Plus, taurine helps fight oxidative damage and mediates many physiological processes on a cellular level.

Without a doubt, Taurine is one of the main components of energy drinks. (6) It’s also in some pre-workout supplements, ice teas, colas, and sodas.

According to research, the administration of taurine along with caffeine actually attenuated the cognitive boosting effects of caffeine. The scores in the working memory and processing speed task were enhanced with caffeine, but not taurine. (7)

Then why is TAU so popular? Well, some of it is marketing, but some of it is also the powerful, fundamental effect taurine has on our mitochondria – which helps us generate more (ATP) energy. Plus, TAU improves athletic performance and recovery, which we’ll get to in a minute.

Taurine is present in most energy drinks. It’s not as an acute cognitive booster as caffeine, but may help increase energy on a more fundamental level. That’s by improving mitochondria function, oxygen transfer, and glucose utilization.

Keep in mind that most of the benefits of taurine come from the support it provides for the plethora of physiological processes in the body. Many specific benefits may actually extend far beyond what you see.

Taurine, as a nutrient essential for neural development, it plays a massive role in cognition. It can aid in balancing neurotransmitters, it can protect the brain from oxidative stress, and may even assist in learning.

Taurine may help mitigate neuroinflammation, important for brain aging. Some of its cognition-supportive benefits rely on its ability to: (8) (9)

Additionally, TAU may enhance learning as it improves synaptic function, neurogenesis, and plasticity. Both are quite important for encoding new information and neural signaling. (8)

Taurine plays an important role in cognition and may act neuroprotective as it mediates neural inflammation. It also regulates different receptors and chemicals that help with cognition, memory, and learning.

Mitochondria are the power cells in your body that produce energy. Most metabolic diseases come from metabolic deficits, aka the inability to produce energy efficiently. How can Taurine combat this?

Most of Taurine’s effects in improving metabolism, mitochondria function and energy rely on: (13) (14)

In an 8-week training in rats, administration of taurine showed significant benefits on ATP level (energy), and membrane potential, thus improving stamina. (15) So far, it looks as if it increases cellular energy by improving metabolism.

Research shows Taurine’s potential in increasing energy and supporting metabolism. It works by optimizing mitochondrial function – which can translate into higher energy and less oxidative stress. This means slower aging, decline, and degeneration.

One of the perks of improving cardiorespiratory function and mitochondria is higher ATP (energy) production. Why? Because we can transport, use and utilize oxygen better. That may lead to better athletic performance, especially as Taurine is known to enhance regeneration.

Taurine supplementation on empty stomach increases its bioavailability. After 6-8h of ingestion, Taurine returns to baseline. (16)

A large review named “Taurine in sports and exercise” looks at the effect Taurine at <1g – 6g TAU for 10 – 2h prior workout may have in improving athletic performance. The highlights include: (17)

Besides all of these, taurine can also improve many inflammatory factors and compounds like lactic acid, creatine kinase, oxidative (glycolytic/fat), and inflammatory markers. (17)

The anti-inflammatory effect may be especially important in reducing DOMS, or delayed onset of muscle soreness. This means faster recovery, so you get back on track with your training.

One of the secrets behind taurine’s effect is metabolism. It helps utilize glucose better, and metabolize and oxidize (burn) fat faster. Combined with increases mitochondria production (biogenesis) and better respiratory function, its role in aerobic performance is stunning. (17) (18)

The function of our heart is to pump out blood to peripheral tissues. The more efficient we’re at this, the more nutrients and oxygen can circulate through. Heart health is about keeping this function optimal while maintaining healthy cholesterol levels.

Taurine has been shown to benefit heart health and support cardiovascular function by modulating CA transport, reducing its accumulation, and exerting an antioxidant-like effect. (19)

In diabetics, one of the key problems that show up with insulin resistance is inflammation. Taurine may offset this as it showed potential in exerting anti-inflammatory effects, reducing arterial stiffness, and increasing nitric oxide, which improves circulation. (22) (23)

Funny enough, one of the highest taurine sources are energy drinks. However, they can be loaded with tons of sugar and caffeine, which you can filter out by taking an individual supplement.

Plant-based sources of taurine include seaweed, nori, and some nuts like hazelnuts, pine nuts, and almonds. However, the amount of Taurine in plants is significantly lower.

Research compared the amount of taurine by analyzing the 3-d dietary diaries. While there was marginal to adequate protein, carbs, B6, methionine, and cysteine – the levels of taurine and zinc were pretty low in vegans. (25)

Another study showed Taurine is almost not present in the vegan diet compared to the omnivore diet. Levels of TAU in the urine of vegans were less than 50% compared to those of omnivores. (26)

So, supplementing with taurine from non-animal-based synthetic supplements may be a viable option for vegans to keep optimal taurine levels and get all the benefits it can provide. 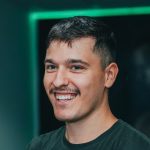 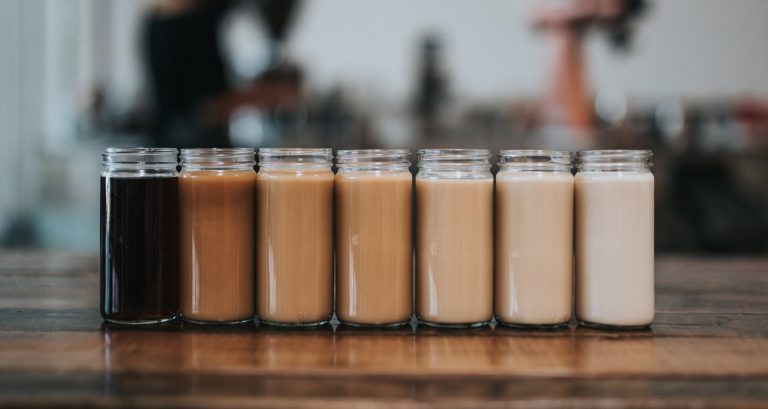 Coffee is a potent stimulant that comes from coffee beans, consumed by humans mainly for its effects on alertness, focus, and learning. This is a coffee 101, all-you-need-to-know-about-coffee type of article. Caffeinated drinks, caffeine withdrawal and overdose, side effects, caffeine half-life, the best coffee in the world, and more, enjoy! Coffee Plant, Coffee Bean, Coffee… 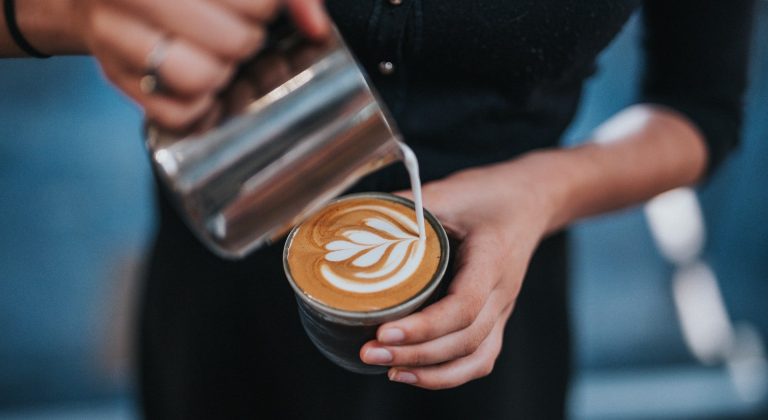 Caffeine is one of the most potent natural stimulants that can increase alertness and focus. If you’re interested about health benefits of caffeine, this is the right article for you. Found in Coffee beans, this compound is also present in energy drinks, dark chocolate, and green teas. But what are the exact effects and benefits… 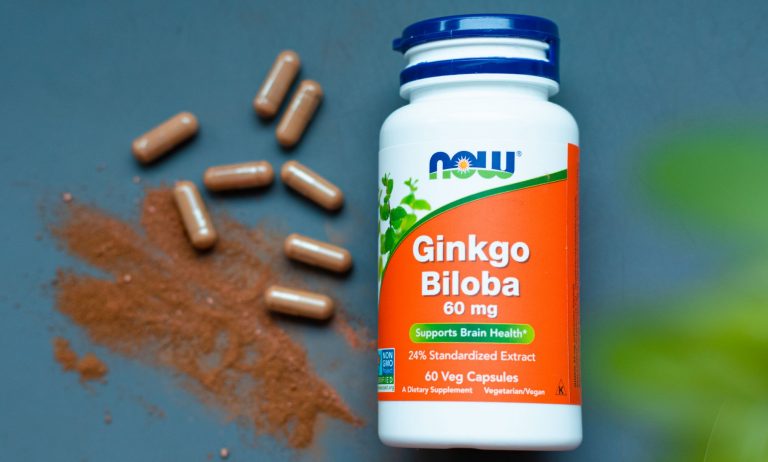 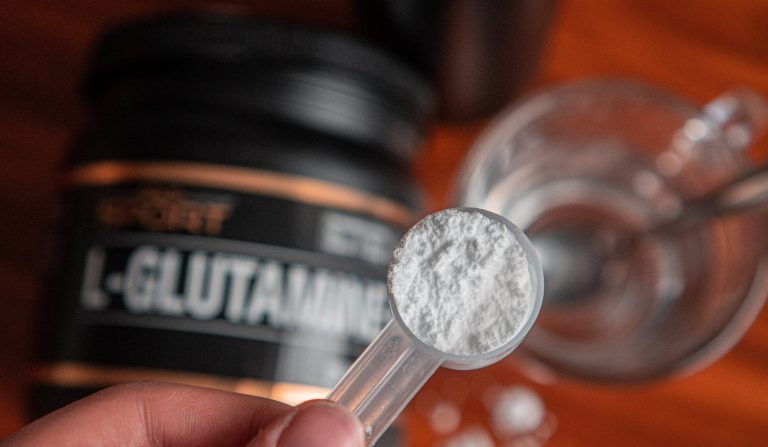 Glutamine is one of the most important amino acids in the body for the biosynthesis of protein. It plays a major role in muscle recovery, immune function, and gut health. But can glutamine improve muscle growth too? The research is quite interesting, so let’s see how important glutamine is. What is Glutamine? Glutamine is a… 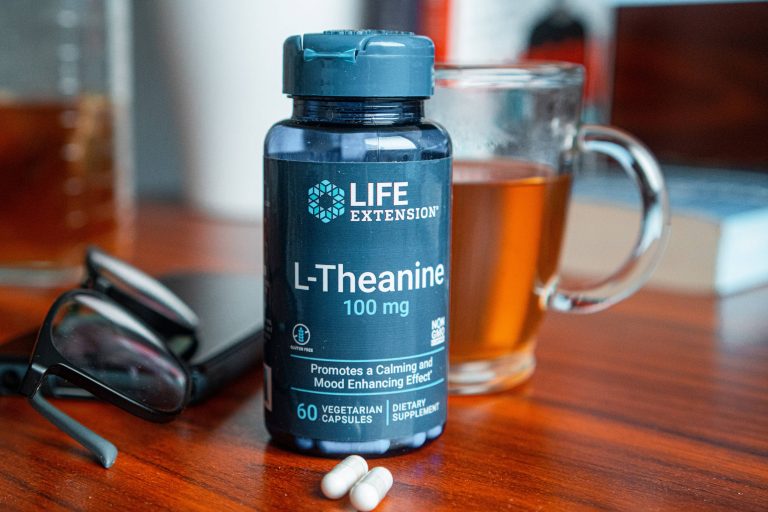 If you’ve been wondering why green tea has so many benefits, on a spectrum from alertness to relaxation, it’s L-theanine. From alertness, and sleep improvement to mood enhancement and stress relief, we’ll discover L-theanine benefits. It’s quite an assertive, but miracle compound, that’s also a potent antioxidant. What is L-Theanine L-theanine is an amino acid… 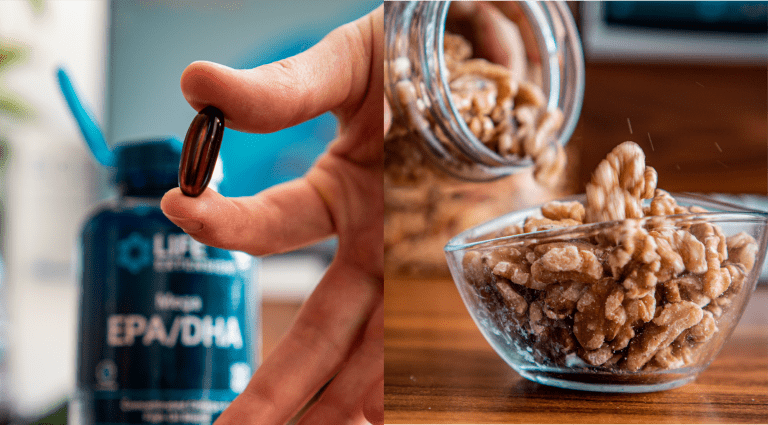 One thing everyone can profit from is brain power. Who wouldn’t want more energy, sharper focus, and better memory? It seems that brain health and productivity are interdependent. Strategies for improving brain performance and health include eating more healthy fats, intermittent fasting, and supplementing with nootropics. There are many nootropics for brain health and cognitive…